30 Best Stand-Up Comedies of India – Here, we have compiled a list of top and best 30 stand up shows of Indian YouTube stand-up comedians who will make you laugh endlessly.

Stand-Up Comedy Meaning – Stand-up comedy is a comic style in which a comedian performs in front of a live audience, usually speaking directly to them. The performer is commonly known as a comic, stand-up comic, or comedian.

2) Stand Up Comedy – Popular on Netflix

2) Kenny Sebastian: Don’t Be That Guy

In his 5th stand-up special, Paavam (Innocent) comedian Kenny Sebastian talks about moving cities, his parents and why he is a former nice guy.

Kenny Sebastian: Don’t Be That Guy (Full Show) – Watch or Download with Prime

3) Kenny Sebastian: The Most Interesting Person in the Room

Fusing his musical and stand-up chops, Kenny Sebastian gets analytical about frumpy footwear, flightless birds and his fear of not being funny enough.

Kenny Sebastian: The Most Interesting Person in the Room (Full Show) – Watch on Netflix

In Haq Se Single, Zakir’s narrative takes you through his own journey of becoming the ultimate SakhtLaunda. The guy who has survived rejection, love, heartbreaks and adulthood, who is single and proud of it!

Zakir Khan is back, and this time he takes you down the memory lane by reminiscing about school, friends and everything that era signified for Zakir. Right from survival to the bullying he shares every hysterical and amusing story from his book of memories.

In this hilarious one-hour comedy special, Kanan Gill squints at a variety of subjects ranging from the difficulty in talking to your parents to The Constitution of India. It’s easy to keep it funny. Kanan keeps it real.

Revisiting life goals set in a letter written as a teen to his future self, comedian Kanan Gill reports back on if he’s lived up to his own expectations.

The world’s got a lot of problems, but Vir Das has a lot of answers as he discusses travel, religion, his childhood and more in this stand-up special.

From the Vedas to Vasco da Gama to vacuous Bollywood plotlines, comedian Vir Das celebrates the history of India with his one-of-a-kind perspective.

Biswa Mast Aadmi is a stand-up comedy show by Biswa Kalyan Rath, where he cracks jokes on topics. It’s funny to the audience and they laugh, thus creating sound. This, in turn, encourages Biswa to crack more jokes, so he cracks more jokes on topics.

A carefully assorted platter of raw but delicate jokes skillfully assembled with great care and precision from thinly sliced observations caught from the sea of the existence of humanity on planet earth that leaves your soul feeling cheerful, happy, content and light.

Come & laugh as she shares a very personal journey from childhood to never growing up. From her not-strictly-traditional upbringing by her mom & army dad to buying condoms for her older brother, arranged marriages to society’s expectations from her that she gleefully fails to meet.

In her first special Wonder Menon, Anu Menon talks about her Gujju husband, her Malayali parents, the mayhem of marriage, motherhood and her traumatic travels.

Don’t Tell Amma is Sumukhi Suresh’s first stand up special. She talks about growing up poor in Nagpur but with rich people resume, the truth about Nutella – Khichdi and most importantly about her wildcat Amma. She has no plans to tell her Amma about this show and you better not either!

HahaKaar is a show of 50 minutes of random jokes and stories from Gaurav Kapoor. It’s basically stories from his life or his friends’ life or friends of friends’ life. However, he will tell it like all these things happened with him and he is the victim of a weird school, weird job, weird trips and weird friends.

Anirban Dasgupta’s stand-up special deals with hate and love in the hostile internet era, and why both these intense emotions need to be told to take it easy. In this set he comprehends events from the past year at home and at work; events he would rather forget unless he wrote jokes on them.

In this hilarious and deeply personal special, Kautuk Srivastava talks about his terrifying first date, almost starting a war with Pakistan and how Jet Airways taught him the meaning of true love. This is the Anatomy of Awkward.

Fridges, birthday parties and cockroach baba cults. In his latest special, Naveen Richard brings together some tasty observational comedy that has proven to be relatable 9 out of 12 times.

Naveen Richard combines his slice of life comedy along with his iconic facial expressions and striking character work that his audiences have grown to love.

A breezy, hilarious special by one of India’s top comedians where he talks about his greatest fear – turning into a typical Indian uncle. Filmed in a comedy club in Mumbai, the show has everything you’d expect from live stand-up – plenty of thoughts that are of no use to humankind.

Azeem Banatwalla’s second stand-up special is a wickedly dark show that taps into the inner, evil voice in the back of all our heads, and uses it to solve the biggest problems plaguing the country – stupidity, moral policing, racism, indoctrination, overpopulation, Kashmir, the government, and of course, Pigeons.

Partly personal and partly observational, Obsessive Comedic Disorder (OCD) is a comedy show that will take you on a hilarious journey about the everyday struggles that Sapan is facing right now.

Sahil Shah is 27 but mentally considers himself as a 3-year-old. He’s one of India’s top comedians and his first ever stand up special Childish Behaviour is a look at his immature life, the silliness and pointlessness of things around him and his innate ability to make stupid faces and silly sounds to make anyone laugh.

It was a bright sunny morning and Vaibhav hated it. So he slept again. He loves potential energy and hates kinetic energy. Laying in bed he scribbled what he calls ‘bookmark moments’ of life. Today he calls them jokes. See him perform them on Amazon Prime Video, in his solo show named – Don’t.

Son Of Abish is a chat show which switches from stand up to musical comedy, sprinkles in some improvisation, pours in some sketch comedy, mixes it in with a hilarious monthly news round up segment and throws in celebrity guest interviews and performances, while they share hilarious anecdotes. 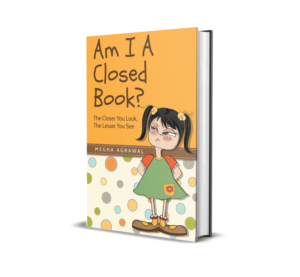 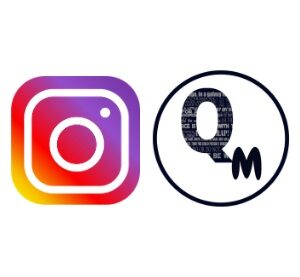